Guest Post: Henry L. Herz on the creation and promotion of ‘Nimpentoad’

I have a guest post today from Henry L. Herz, describing the story behind the creation of Nimpentoad, an early chapter book fantasy, by himself and his two sons. Usually I wouldn’t accept a guest post from a children’s fantasy author, but Henry has put together some solid tips for promoting your own book. Without further ado: 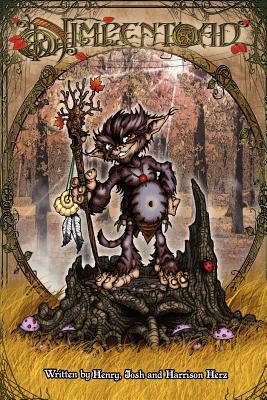 I love fantasy. Adore it. And I have two sons. A few years ago, neither of them seemed all that interested in books. But I wanted to find a way to share my love of fantasy with them. How could I get them to read the books that I enjoyed? Well, I did what any good fantasy lover would do. I decided to write a fantasy book, specifically tailored to them!

What I didn’t expect was that my sons would give me feedback on the story. They came up with the character names, and made plot suggestions. And who better to help make the story appealing to kids than other kids? My sons helped with the art direction. The artist we engaged would give us a rough sketch, and my sons provided feedback on details and color palette. My goal of merely interesting my sons in fantasy soon transformed into encouraging them to participate in the entire creative process.

Of course, working with kids is very different than working with adults. Their work ethic is, shall we say, less disciplined. I had to pick times to discuss the book when they were in a receptive mood. And I found that making the work sessions more like play was a great help. I would ask them questions like, if you were in that situation, what would you do? Their enthusiasm increased as they realized they had the power to modify the storyline. Once we began creating the artwork, the boys’ interest grew and grew as they saw the images of the fantastic creatures we’d envisioned come to life.

Eventually, we had a good book, but no readers, and that’s the challenge facing all self-published authors: How to promote the thing. I handled the web-based promotional activities, developing a website, blog, and Goodreads, LinkedIn, Amazon, Facebook & Twitter presences. I invest a great deal of time interacting with others via social media. Sometimes, that can lead to book reviews or news articles. Curtis Silver is a contributing writer for Wired Geekdad. He and I follow each other on Twitter. One day I suggested my sons’ story would make a good article, and he agreed.

I’m also not shy about reaching out to book reviewers and contributing writers directly. In your case Isaac, someone Tweeted about an article on your blog. It looked like a good match to me, so I reached out to you. In another example, I saw an interesting article on CNN.com about San Diego Comic-Con, and contacted the writer, Rob Salkowitz, directly. That resulted in us having articles about Nimpentoad in Young Entrepreneur and Entrepreneur Magazine. And, of course, our local San Diego press has published numerous articles about my young co-authors, given the natural human interest angle.

I wanted my sons to be involved in the live events. Once again, I had to train and encourage them — this time to become good public speakers. By starting with small groups, like elementary school classes, they learned to be comfortable in front of a crowd, and to make eye contact and use voice inflection to make the experience interesting for their audiences. I also had them participate in several phone interviews for web radio shows.

But the most fun we’ve had is probably when we signed up for a booth at a local farmer’s market. I’ll never forget the looks on shopper’s faces as they walked past the two young booth operators beside me, who asked, “Would you like to see the book that WE wrote?”

We sold a lot of books that day.

Cover Reveal: THE FOREVER GATE 2 By Isaac Hooke
Interview With Philippa Ballantine and Tee Morris, Co-Authors Of The Janus Affair