How To Write A Series Bible

When you present your fantasy manuscript to an agent, odds are, if he or she likes it, that agent will come back to you with a strategy to sell you as a brand. And part of that branding process inevitably involves turning your book into a series. Because let’s face it, sequels are the big thing in fantasy today. They make the publishers money. Readers like the familiar, and will buy what they bought before. 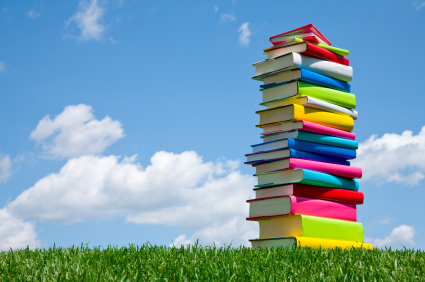 So how exactly do you write a Series Bible?

How To Write A Series Bible

The first thing you’ll need is the Series Arc page.

Take a sheet of paper, and draw a line down the middle. Label the left-hand side Plot Development. Label the right hand-side Character Development. Draw six equal horizontal lines down the page, and on the far left write in Book 1, Book 2, Book 3, etc.

Write down the major plot points for each book in the first column. Write the transformations that will occur for the characters in the second column.

You’ll follow the Series Arc section with a 2-page synopsis of each book. The synopsis’ will delve deeper into the plot and character development, focusing on the relationships between these characters. If there’s any interest, I’ll cover synopsis writing in a later blog post.

Next, include the character sheets you’ve written for each character.

Finally, add a back-story document that details the history of your world and its major characters. If you’ve written a timeline for your overall universe, this is where you should include it.

If you have any other document, say for the magic system used in your world, include that after the back-story pages.

And that’s how you write a series bible. With the above, your agent will have pretty much everything he needs to sell your book as a series. The Series Bible will help you write it.

Your Series Bible should contain:

A Cautionary Note On Book #1

While it’s good to plan for a series, it’s very important that your first book in the series is self-contained. Don’t end that first book on a cliffhanger, or do anything else that might frustrate your readers. The first book is your chance to hook readers into the entire series, so you definitely don’t want to save “the good stuff” for later books. Put your best work into the first book, along with your best ideas. Now’s the time to build reader trust.

Are you working on a series or have you worked on one in the past? If so, did you create a Series Bible, or its equivalent?

The Evolution Of A Logo
Upcoming Adult, MG, YA and NA authors check out #pitchwars with @brendadrake here: