Jason made his choice. He joined the invading aliens to fight against humanity, if only temporarily. 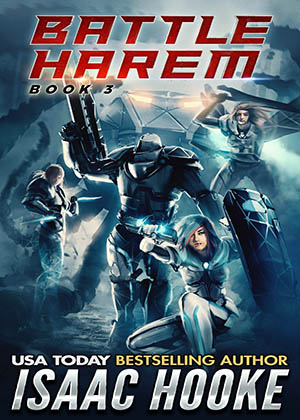 Unfortunately, his team of deadly female war machines, the War Forgers, didn’t quite agree with that decision. No surprise there.

And now he’s paying the price.

Drawn into a pitched battle with the invaders, Jason and his army are forced to retreat through a space-time rift to the alien homeworld.

There, surrounded by more powerful enemies than he has ever faced before, with his troops systematically captured and melted down for their spare parts, he faces his greatest challenge yet.

Can he pull the team together and overcome not only his demons, but those of the War Forgers, in time to save humanity? And more importantly, can he save the team itself?