An alien-infested colony. A trapped platoon. The one man who will stop at nothing to lead his unit to safety. 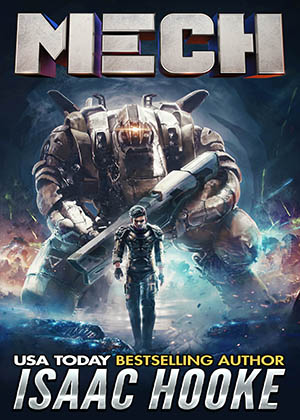 Rade Galaal and his team of special operators are deployed to a colony under attack by a strange new alien race. Their mission: find the extraterrestrial base and destroy it.

The operation should be easy, given that his men pilot Brigand mechs: massive, 25-foot-tall war machines armed to the teeth with electrolasers, rockets, incendiary throwers, and more.

But it’s not easy. Rade and his team soon find themselves in over their heads.

Surrounded by an entire world of enraged aliens, they must rely on their wits, their training, and their mechs to survive.

Because their only way out is each other.