Malem has joined the forces of good and wages war against the vast host of Vorgon, the Balor who has come to destroy the world. 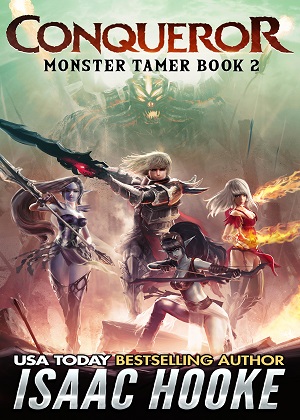 Malem has four beautiful women fighting at his side, one of them a former general of Vorgon’s army–a night elf tamed by his unique skill. He also has a few hill giants and other monsters ready to follow him to the gates of hell itself.

But it’s not enough. The army of Vorgon stands poised to defeat the defenders. Despite Malem’s powers, and the unique magic and abilities his lovely companions bring to the table, the enemy has the advantage when it comes to sheer numbers.

Malem must somehow find the resources to fight back. Can he overcome his demons in time to save the world, and more importantly, can he save himself?