A fleet of warships operated by the digitized minds of former humans. An unknown enemy lurking in the dark of space. The one man who hopes to conquer them both. 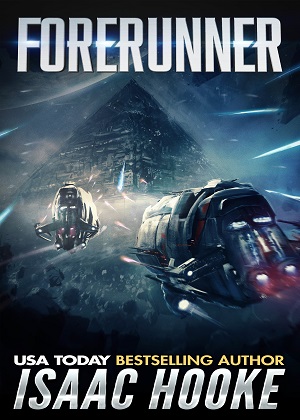 Jain was the lieutenant commander of an elite SEAL team. He was accustomed to order and discipline, which he used to give the men under his command that particular brand of killer instinct his unit was known for.

But one day that semi-comfortable, ordered life ended when he opened his eyes to find his body replaced by a starship. His mind had become its AI core.

He is somewhere in deep space. Most of his systems are badly damaged. He has no memory of how he got here, or what his mission is. Evidence points to an attack by an unknown entity.

He finds other damaged vessels in the vicinity and reactivates them. They, too, have no memory of the events leading up to their current situation.

Jain, thrust into a leadership role, soon learns that commanding a fleet of starships isn’t all that different from leading a platoon of SEALs. It helps that his database is chock-full of tactics and military strategies gleaned from every space battle humanity has ever fought.

As he and his fleet explore their surroundings and slowly piece together what happened to them, they realize their attacker is not from any human system.

And that any misstep means not only the loss of his fleet, but potentially the destruction of humanity itself.

Download the explosive beginning to the AI Fleet saga and find out.