Fifty-five of the most powerful warships humankind has ever developed. Thirty-five alien vessels claiming to be our allies. One man who just might be humanity’s last hope. 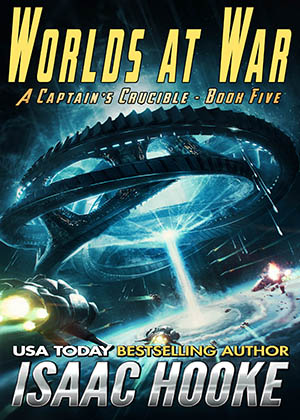 The admiral has restored Jonathan Dallas to the captaincy of the USS Callaway, also placing him in direct command of the new alien allies that joined the battle group after the destruction of the Elk homeworld.

When the combined fleet begins making its way back to human space, they encounter a new threat to both of their races. As the death toll rises, Jonathan must come to terms with the fact that Earth might not exist anymore.

“Welcome to the captain’s crucible, where your first mistake in the seat of command will be your last.”