Once upon a time, the galaxy was at peace. All the spacefaring races lived in harmony and shared their resources. Interstellar Conflict was a thing of the past. 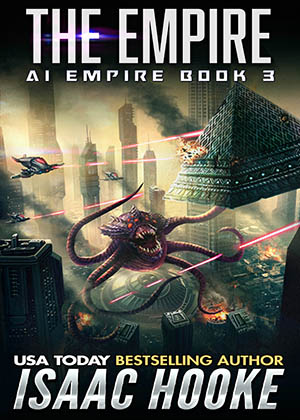 And then the Link came.

In the hundred years since, the galaxy has known only war.

But now humanity’s Mind Refurbs have forged an alliance not only amongst themselves, but with several former Link members. Jain and the Void Warriors, Eric and the Bolt Eaters, and Jason and the War Forgers have joined forces with the Banthar, the Tyrnari, and the Mimics. They intend to bring the fight to the Link.

If they win, humanity will be part of a new galactic hegemony, leading an empire built upon peace.

If they fail, Earth will be blown back to the stone ages. Assuming it survives at all.