A Cold Day In Mosul

A high-ranking DIA operative has been kidnapped in Iraq by the Islamic State, and with her, secrets that could bring about the collapse of major Western intelligence-gathering networks throughout the region. Can Ethan Galaal find her before it is too late? 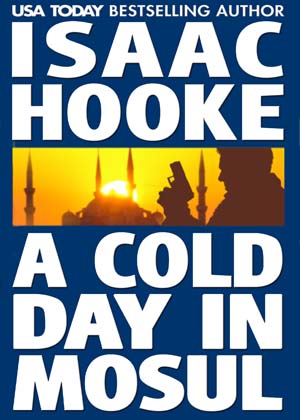 A Cold Day In Mosul

Samantha Rond, head of an ultra-secretive branch of the DIA’s Defense Clandestine Service in the Middle East, has gone missing during a key operation. Her last known location: the occupied city of Mosul, the war-ravaged heart of the Islamic State in Iraq.

Ethan Galaal and his elite team of undercover operatives are dispatched to rescue Samantha. Officially, he and his men don’t exist. Unofficially, Sam is their boss, however in her absence the team reports directly to the Secretary of Defense. Their years of experience in operating incognito in the region make them the ideal candidates for the rescue mission.

But first they have to find Sam. Setbacks exist at every turn. Surrounded by enemies and unsure of whom to trust, Ethan soon begins to suspect that a rogue non-state actor has been advising the Islamic State in Mosul.

Will he find her before the interrogators extract everything of value and destroy Sam’s mind? Or will elements of the rogue faction hunt down Ethan and his team first, bringing the rescue mission to a premature–and very public–end?

Pick up the hardback or download the Kindle edition today!