Nothing in the universe stood against the ATLAS battle mechs…until now. 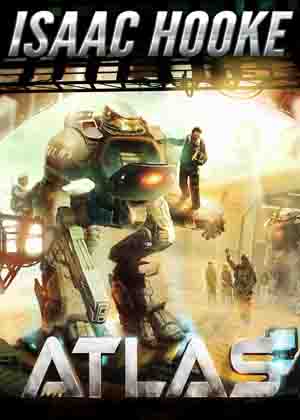 Rade Galaal enrolls in the hardest military training known to man to become a member of the MOTHs, the most elite spec-ops unit in the galaxy. MOTHs are tacticians, corpsmen, snipers, astronauts and commandos rolled into one. They also happen to pilot the atomic-powered ATLAS mechs, specialized military hardware that brings new meaning to the phrase “one-man-army.”

When Special Warfare Command orders MOTH Team Seven on a covert operation beyond the furthest reaches of explored space, Rade realizes he’s signed up for more than he bargained for…

“I snapped it up and couldn’t put it down. What a great book. It really reminded me of Old Man’s War at first, but after the physical exertion that Rade and his companions went through at Boot Camp and MOTH training, it was clear that Hooke wasn’t going to just sell books based on his name and an awesome cover (which it is) — the intricate plot will do that for him.”

“This is an astounding book. The science is captivating, the characterizations are thrilling, and it is one of the very few books I will read again.”

“ATLAS is a great, great read. It’s the kind of book that pulls you in and keeps you up all night reading to the end. Can’t wait until the next installment”