The arrival of a strange alien ship changes everything for the stranded survivors of Battle Group 72.5. 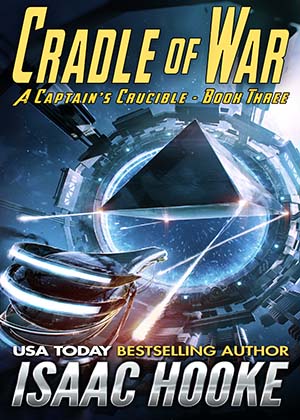 Captain Jonathan Dallas must place his trust in his newfound alien allies if his fleet is to survive the latest threat. He is faced with a terrible choice, one that could lead not only to the destruction of his battle group, but humanity itself.

Regardless of his decision, the future remains uncertain, the intertwined fates of two galaxies hanging by a thread. In the shadows, a malevolent being works that thread like a spider, weaving a twisted web that could mean the end of everything.

It is here where it all begins.
Where history is made.
Witness the cradle of war.