The world as we know it is about to end. 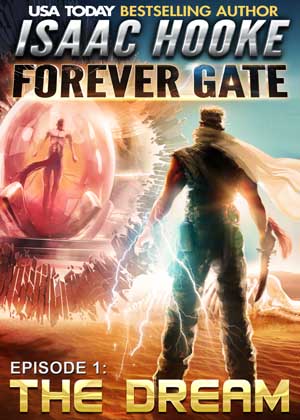 Hoodwink Cooper has been sentenced to death. His crime? Attempting to blast a hole in the Forever Gate, the colossal wall that surrounds the city and protects the denizens from the uninhabitable Outside. There’s only one problem – he isn’t the one who planted the bomb. His daughter did, at the behest of a secretive society known as the Users.

As the gols, the humanlike automata who have enslaved the humans, prepare to carry out Hoodwink’s sentence, the Users plot even greater turmoil. If Hoodwink gives up the ghost without first extricating his daughter from their clutches, she will most likely join him in the afterlife.

What Hoodwink and the Users don’t realize is that they are all pawns in a greater game whose stakes are the very survival of humanity itself.