We learn what has happened on Earth... 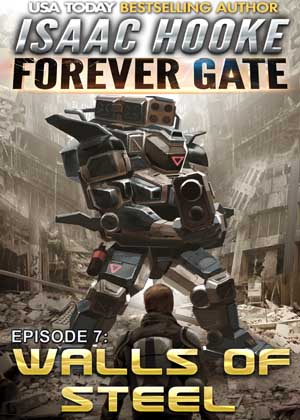 Hoodwink returns to Earth to find the world conquered by the alien race known as the Satori. The few humans who remain are oppressed, little more than slaves waiting to house the consciousnesses of their Satori masters. Robots patrol the streets and drones rule the skies, keeping the populace in check.

More than anything Hoodwink wants to journey to Ganymede to help Ari and Tanner, but he is trapped on that bleak planet. So instead he assumes human form and joins other Satori surrogates in one of the conquered cities. Eventually he comes to terms with his new life and accepts that humanity cannot be saved.

And then one day he meets a strange woman who changes everything.