What is “organic” worldbuilding? Something you can pick up at the local farmer’s market?

“I’d like one world, grown organically if you please good sir. And throw some magic tomatoes into the mix while you’re at it!” 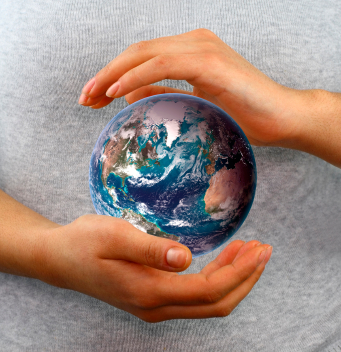 Organic worldbuilding is the gradual introduction of your story world as events happen, and it’s what produces salable novels in today’s marketplace. However there’s a fine balance between introducing too much and too little. Here are three tips that should help you find that balance in your worldbuilding.

The worst way to turn readers away, especially when you’re just beginning the story, is to introduce a bunch of foreign words and creatures without stopping to explain any of them. One or two strange words is fine, as long as the reader can deduce the meaning of the words from the context. If it’s a strange being you’re introducing, make sure you describe it in detail, otherwise the reader has no visual anchor.

Jason lifted his herofluxor and raised it to the sputamin’s head. “If you don’t release her, Baelfor, say good-bye to your little friend.”

The sputamin lifted one of its coaxials and released a spurt of merrygoround.

Too many new words, too little explanation. The reader can’t visualize that scene at all.

This also applies to characters by the way–introduce too many at once, especially in the first few pages, and your readers will be pressing the delete key on their kindles before you can say “forgive me!”

Your readers need to touch your world, feel it. Your character is walking through a market. What does it look like? Smell like? Develop the environment, describe the people your character interacts with. Sensuous detail doesn’t mean long-winded by the way. You want to introduce the details quickly, but efficiently.

Perdikkas led the apprentices to the Avian Crossroads. Now here was a bazaar that reminded him of home. Actors relived battles, fakirs juggled balls, snakeweavers teased cobras, musicians throbbed tablas. Young people ebbed about, flirting, smoking and dancing. On a plinth at the bazaar’s center four tall shrubs grew, each trimmed into a different bird. The Wren, the Pigeon, the Quail and the Dove.

The surrounding smoke halls did brisk business, and one of them in particular drew the biggest crowds. A sprawling banyan, so copious its tubers overflowed onto the street, topped that one. The scent of shisha wafted strong from within. The place was aptly named the Smoking Banyan.

Any budding fantasy writer would do well to read the Fantasy Worldbuilding Questions on the SFWA, written by Patricia C. Wrede. Though the post is old–different versions of it have floated around for the past 15 years or so–it’s still very relevant today.

Developing a new world is no easy task. Follow the above three tips and you’ll be well on your way to building a captivating fantasy environment.

Read any recent novels that had totally engrossing worlds? Tell me about them below!