Undercover operative Ethan Galaal is sent into terrorist-controlled Syria to gather intel on the Islamic State. When he meets the beautiful yet mysterious Alzena, the repressed neighbor of one of his targets, he must decide whether he will risk everything to get her out. 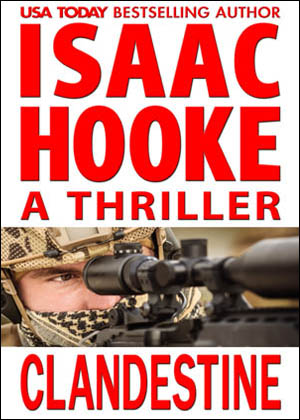 Very few people can do what he does and do it well. Maybe a handful in the entire world.

As the DIA’s most valuable undercover operative, his missions span multiple roles that blur the lines between case officer, private investigator, kidnapper and assassin.

His specialty is that frothing cesspit of war and tyranny known as the Middle East. He has been sent to gather intel on the latest threat in the region: the Islamic State. Posing as a Saudi Arabian jihadist, he gains entry into the brutal regime, but it will take all his cunning and mental fortitude to survive. One mistake, one slip of the tongue, and he is as good as dead.

As he descends deeper into the morally reprehensible heart of the Islamic State, surrounded by enemies and unable to leave, Ethan wonders if the operation was a mistake.

When he meets the beautiful yet mysterious Alzena, the repressed neighbor of one of his targets, Ethan must decide if he will risk everything to get her out.

And he thought the mission was difficult before…

Pick up the hardback or download the Kindle edition today!